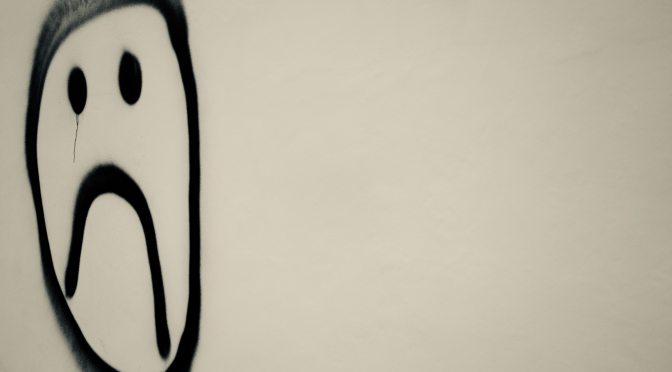 On Saturday night, I dreamed a dream that I hadn’t dreamed for a long time. It used to come and go while I was at high school, and turned up again a few times at university, but I had thought it was long gone. To this day, I’m yet to figure out exactly what it all means.

I arrive at my old high school, and I know I’m not late, but for some reason there’s no one else outside. The bell rings and I start walking to class, but then I forget which room I’m meant to go to.

I walk to one building that seems familiar. Up the stairs and into the first door on my left. When I open the door, the room is full. Literally full. There’s enough room for the door to swing open smoothly, but the rest of the room is packed with people. Some are standing, some are sitting at their desks. Others are standing on top of desks, filling the room from floor to ceiling. It’s confusing to think about it now, but in the dream it doesn’t seem to bother me. Without a second thought, I turn around, close the door and walk down the stairs, as if I’ve simply got the wrong room.

I head off to find wherever it is that I’m supposed to be, but for a while every door I open leads to an empty space. It’s as if the entire school has packed into that first room. This part of the dream seems to go on forever, so I won’t bore you with the minor details other than to say that I spend a lot of time wandering around the school grounds but all the buildings look the same, no matter which direction I walk.

Eventually I find myself walking up a set of stairs that lead to a door on the left, which could be the very same room as before. This time, though, everything appears as normal. Children sitting at their desks, pens scribbling on paper. Teacher at the front of the class, reading a book. Four rows of desks, mainly occupied but with the odd empty seat. I sit down, take out my 1B5 exercise book and my pencil case and wait for class to begin.

Then, right when the world seems as it should be, the teacher says ‘Time’s up,’ and the students stop writing, gather their things, hand their papers to the teacher and walk out of the classroom. I look down at my desk and see the word ‘TEST’ in big bold lettering. ‘Time’s up,’ the teacher says again, this time just to me. And then I wake up.

1) Handle with care. The Warriors made 16 handling errors at the weekend — most of them at their own end. It’s almost impossible to win an NRL game when you make that many mistakes, and you can’t score many points if you can’t get out of your own half.

2) Blueprint of weakness. Sometimes when the scoreline is as lopsided as it was on Saturday, it’s easier simply to write the match off as a bad night and move on. Against Melbourne, the Warriors had a horror 8 minutes where they conceded 24 points and barely touched the ball. Write off. But this feels different. The Roosters arrived at Mt Smart with a clear gameplan — to win the physical battle — and the Warriors had no answer to the likes of Dylan Napa and Jared Waerea-Hargreaves. It’s not yet time to hit the panic button, but Stacey Jones said it best when he said ‘we’ve sort of set up a blueprint for other teams of what they can do and where we’re weak’. Now that weakness is out in the open, it will be interesting to see how they respond.

3) Who plays in the halves? With Shaun Johnson and Mason Lino likely to be out injured, and no obvious replacement, Coach Kearney has a big decision to make against the Eels. Does he go with the experience of Peta Hiku or Tohu Harris and put all the kicking responsibilities onto Blake Green? Does he trust a youngster and give the gig to Karl Lawton, Sam Cook or Chanel Harris-Tavita? Or does he try something different and shift Issac Luke or Roger Tuivasa-Sheck into the halves? If it were me, I’d probably move Hiku to 6 and bring Gerard Beale into the centres, as that provides the least disruption to the side. It’s certainly not a perfect solution, and Issac Luke will need to kick well from dummy half, but Hiku has played in the halves for Kearney before — at test level — and that stability wins out for me after such a poor team performance.

4) Importance of the back three. It’s nothing new to suggest that the Warriors back three is crucial to their go-forward. But it’s never been clearer in 2018 than on Saturday evening. The Roosters rushed at RTS, Maumalo and Fusitu’a, stopped them in their tracks and the Warriors never recovered.

5) Sam Lisone. It pains me to talk about this, but I think Sam Lisone needs to spend some time out of the NRL side. There’s been one too many knock on, one too many defensive lapse, and I’m now starting to wonder if we’ll ever see him realise the potential that his physical presence and skill suggest is possible.

6) Slap in the face. Jared Waerea-Hargreaves got 10 minutes in the sinbin (although it was effectively 90 seconds in the bin) for slapping Adam Blair in the face. In isolation it was soft, but I like the message it sends: don’t be a dick. I could have filled this Set of Six with questions and comments about the refereeing (for and against both teams), but I’m all in favour of getting that rubbish out of the game. Now we just need sinbins for anyone who pats an opposition player on the head!