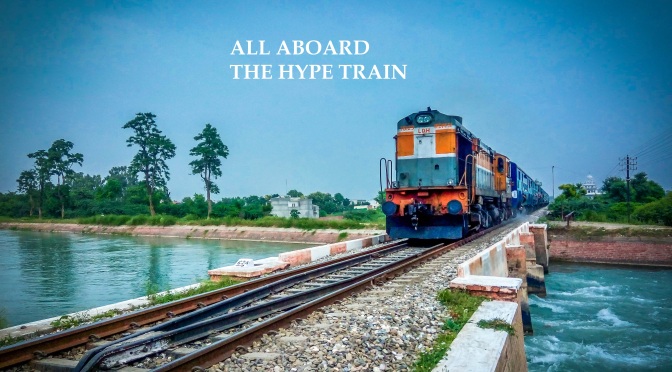 I hope you partied hard on Saturday night. I hope you threw your arms in the air and howled with delight. I hope you jumped up and down. Hugged the person next to you. Maybe even got a little emotional. It’s been a long time since Warrior Nation tasted this winning feeling. Can you even remember 23 June 2017? It certainly feels like a lifetime ago to me.

Since Saturday, I’ve read all the cautions: ‘It’s only Round 1’, ‘Souths aren’t very good’, ‘They still conceded 20 points’, ‘Never talk up the Warriors, disappointment isn’t far away’, but I hope you’ve ignored it all. Instead I hope you’ve been grinning like the Cheshire Cat and having wild and outlandish dreams about what this season might bring.

Saturday’s performance was one worthy of a new beginning. The type of performance that suggested better days are ahead. So dream big, Warrior Nation. Not just about an improved season or breaking the playoff drought, but also allow yourself to imagine the possibility, however slight you may think it is, that this team could be the one to finally deliver a premiership to Mt Smart. Picture yourself on the evening of 30 September 2018. You are running around the streets of Sydney swinging your Warriors jumper above your head and singing ‘We are the Champions’ louder than you ever thought your vocal chords were capable. I make no promises, but it could happen. And if it does, you’ll want to be on the bandwagon for the entire journey. 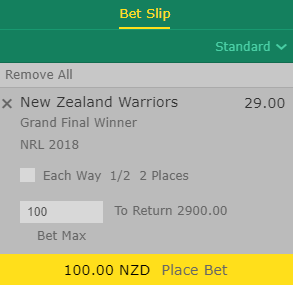 1) The Warriors looked like a completely different team. The men from Mt Smart made a few signings in the offseason (more on them shortly), but personnel wasn’t the only department that looked like it had undergone a complete revamp. Every aspect of Saturday night’s performance — from the style of play to the way the team carried themselves on the field — felt like a complete reversal of the low-energy, borderline boring rugby league we witnessed in 2017. If that’s the brand of football we can expect in 2018, it’s going to be a fun year, regardless of the results.

2) Up and in. The defensive scheme was one of the most notable changes from what we saw last year. The edges rushed up and in at every opportunity, and although they were exposed on a couple of occasions, the intent was all positive. I’m interested to see how they adjust once opponents have time to scout and gameplan against the tactic, but the signs were certainly encouraging.

3) Fresh faces. Often you hope that new signings come in and star straight away, but on Saturday it was the fresh faces who went unnoticed — in a good way. Tohu Harris (Could he prove to be the best signing in the NRL for 2018?), Blake Green, Peta Hiku, Adam Blair and Leivaha Pulu made their best contributions by steadying the ship, providing a solid platform for the likes of Shaun Johnson and Roger Tuivasa-Sheck to work their magic.

4) Energizer bunny. Speaking of RTS, the energy and enthusiasm he displayed on Saturday night was outstanding. He set the tone early, with his epic try-saving tackle on Alex Johnston, and then led from the front all night.

5) ‘It feels like we just won the comp.’ Shaun Johnson copped some flak for his comment in the post-match interview, but personally I thought it was outstanding. Sure, if he believes that winning one game is equivalent to winning the grand final, he’s got rocks in his head, but to me that comment felt like a reflection of how much fun the team were having. They looked like they enjoyed working for each other and like they enjoyed that winning feeling. That’s a great sign, if you ask me.

6) Keep calm and carry on. The words ‘Calm’ and ‘Warriors’ haven’t often featured in the same sentence in recent seasons, but I loved the ‘Centring circle’ after each try. Not only does it encourage everyone to re-focus, it also links the team together and is only effective if everyone buys in. Obviously it’s only Round 1, and players might feel differently when they find themselves down by 10 points, but it’s another one-percenter that suggests this team is determined to improve.

Extra point) There’s still a lot of room for improvement. Perhaps the best thing about Saturday night’s win is that it was far from perfect. The discipline in particular is a big work-on, as is the energy level in the final 20 minutes. The arrow is pointing in the right direction, but each week from here on is likely to require a step up. So the question now becomes: Was Saturday a beacon of false hope, or the start of something truly special?