Back-to-back victories against 2016’s two weakest teams have propelled the Warriors from the foot of the ladder back into the playoff conversation, but it’s still not clear quite where they belong. While there were many who hypothesized during the offseason that the men from Mt Smart might be on the verge of greatness, evidence from the first five games has so far proved inconclusive. At times they’ve mixed together well, generating lots of energy and some spectacular tries.

But at other times they’ve either been too slow to react or displayed too many of the corrosive elements of their game. There’s simply been too much variance thus far to determine a pattern of predicted outcomes.

Manly are another squad who were touted as a big improver this season, after the arrival of big-name signings like Marty Taupau, Nate Myles and Dylan Walker. To date, the Sea Eagles have yet to soar, but, even still, for the Warriors this fixture represents another step up from the two previous weeks — the kind of step up they need to take if they want to be in the mix come September. Despite Manly’s up-and-down start to the season, and the injury-related absence of expert gymnast Daly Cherry-Evans, they’re a side that still boasts a stack of talent and can fall back on a history of success in this fixture. It certainly feels like the Warriors never get the two points against Manly, and statistics tell a similar story, with the Kiwi side winning just 8 of the 27 games between the two clubs, and only 3 from 11 at Fortress Mt Smart. 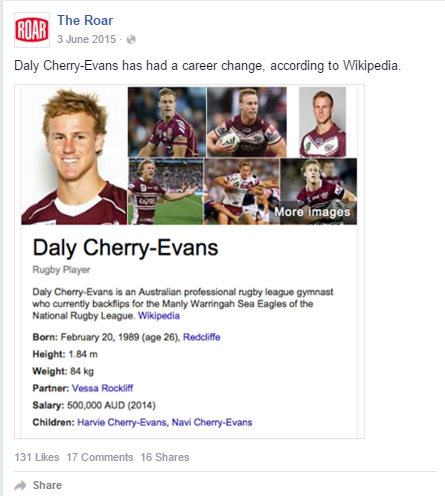 The return of Thomas Leuluai adds another intriguing subplot to an already important match. He’s likely to replace Jazz Tevaga in the match-day 17 and play limited minutes in a back-up role to Issac Luke. It feels as though Leuluai has been out forever, but I’ve always viewed him as an important member of the squad and the way he works himself into this season could have huge implications for the make-up of the side. If Jeff Robson continues to struggle, Leuluai could slot in at halfback. If Coach McFadden prefers to keep Leuluai on the bench, does his extra versatility put Konrad Hurrell’s interchange position in jeopardy, especially with the likes of Bodene Thompson, Ligi Sao and new recruit Shaun Lane all fighting for inclusion? Whatever happens, let’s hope the increased competition brings out the best in the entire squad.

Saturday shapes as a clear litmus test for both clubs, but particularly for Warriors Nation. By the time we hear that final whistle, the men from Mt Smart will either be on the edge of the Top 8 or right back to square one wondering when they might get that next win.

It’s not the time for neutrality — good teams take care of business at home, especially against those below them on the ladder. It’s time to find the right mixture of substances needed to get the desired result, time to put together an overwhelming collection of evidence that points to prolonged success. Which means, Warriors Nation, that it’s also time to get excited, time to get pumped up, not only because it’s Saturday night and that’s what you do on a Saturday night, but because we win this one and we’re back in the race. We win this one and the dream grows that little bit bigger, the confidence soars sky-high. So get along to the fortress, or flick on the TV, crack yourself a Woody and let’s get this party started.

A nail-biter, as we remember the last time the Warriors beat the Sea Eagles, back in 2013.