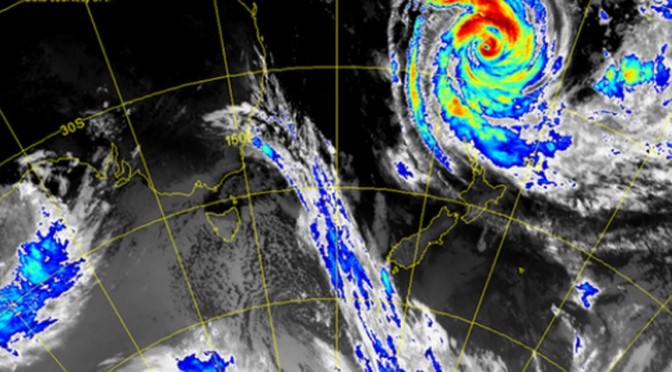 It’s cold outside, but don’t worry — the NRL is just about to heat up.

With only two points separating positions 4–10 on the ladder, and only nine weeks remaining, every upcoming match takes on more and more significance. For the Warriors, seven of those nine games come against sides in that top 8 fight, which means for every two points they gain, it’ll be two points dropped for a competitor. If the men from Mt Smart can stay in the hunt, there’s likely to be a semi-final feel each time they step on the paddock as we edge closer to the championship rounds.

This week’s forecast has a Storm set to hit Auckland at approximately 4pm Sunday, but at this point it’s difficult to predict the potential for damage. Injury has already robbed the Warriors of their smoothest force of nature, the Hurrellcane,

but this Storm side has worries of its own.

Melbourne often leave an Origin player or two behind when they visit the Land of the Long White Cloud during the representative window but, with the competition so tight, and their own position in the middle of the top 8 dogfight looking shaky after three straight losses, it’s likely all the rock stars will be on show.

In saying that, this Melbourne side does look weaker on paper than Storm team sheets in recent memory, featuring unfamiliar names like Hymel Hunt and Richard Kennar. Underestimate Melbourne at your peril though. The Storm pride themselves on doing the basics right and, if they do that, they’ve certainly got the class players to get them across the line.

Cameron Smith is one such player, and he’s had one hell of a big week, starting with his public vilification

and followed by an emphatic response on Wednesday night.

There’s no doubting Smith’s quality on the footy field, and his ability to control a game under pressure is up there with the best in the business, but the ups and downs of this week have to take their toll eventually. Hopefully for the Warriors, he’s played his final mid-week, and the men from Mt Smart can capitalise. Keeping an experienced leader like Smith quiet would go a long way towards a Warriors’ win.

Before the bye, the men from Mt Smart finally found a formula that produced 80 minutes of consistent football. They were patient, disciplined and showed their class in the final quarter of matches. The only question mark was the quality of the opposition. The Warriors are yet to beat a top 8 side in 2015 — an alarming stat when you consider the fixtures to come. Seventeen weeks into the season, they’re still earning our trust. Is a win against the Storm, a win that could potentially propel the Kiwi side into the top 4, enough to make us believe?

What to watch for

The clash between Ben Matulino and Jesse Bromwich. Arguably the best two props in the game right now, the battle between these two Kiwi giants will alone be worth the price of admission. Add that to the Cooper Cronk/Shaun Johnson head-to-head and you’ve got all the elements for a classic encounter.

I was a little more confident earlier in the week, before the Hurrell and Hoffman injuries, but I still think the Warriors should sneak this one at home. The young Storm backline looks vulnerable, and I’m hoping their three Maroons will still be coming down after the big high of Wednesday night. If the Warriors can set the tone up the middle of the park, with Matulino and their own Origin star, Jacob Lillyman, and control the game the way they have in recent weeks, they should be too strong. Warriors by 10.

Highlights from the last meeting

3 Konrad Hurrell (unlikely to play, to be replaced by David Fusitu’a)

12 Ryan Hoffman (ruled out with a calf injury)

15 Raymond Faitala-Mariner (likely to start instead of Ryan Hoffman. Expect Sam Lisone to come onto the bench)

18 David Fusitu’a (likely to start instead of Konrad Hurrell)